Brad lines up sixteenth on the grid for the #SanMarinoGP 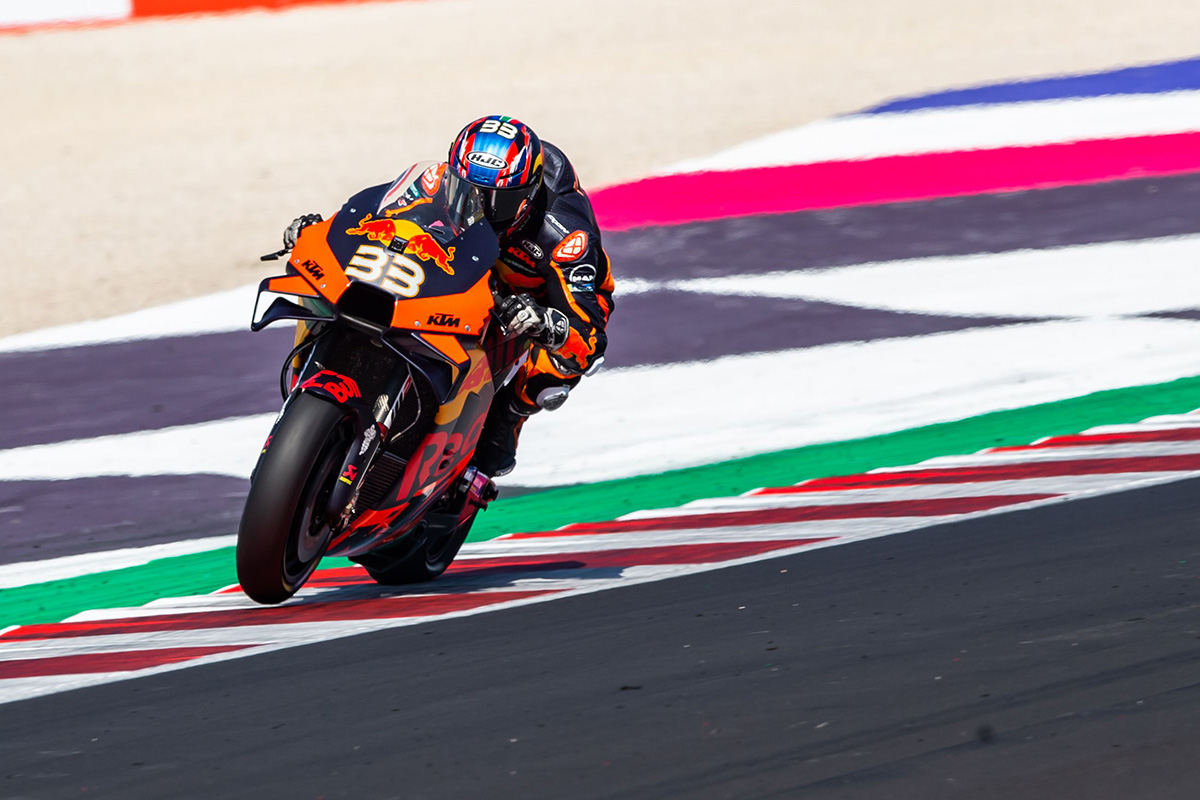 Brad Binder enjoyed a much faster pace compared to his test appearance at Misano in June but the South African still needed to work on optimum race bike set-up and did not make the Q2 selection.

Brad Binder:
“It was a difficult day today. We tried a lot with the set-up and found some things that improved the feeling but in some areas we did not quite get everything together as I would have like for qualifying. The good thing is that I have a very clear idea of what I want tomorrow. I think we can try it in Warm-up. It wasn’t a great qualifying but I know we can be better in the race for sure.”