Strong seventh place finish for Brad in the #EuropeanGP 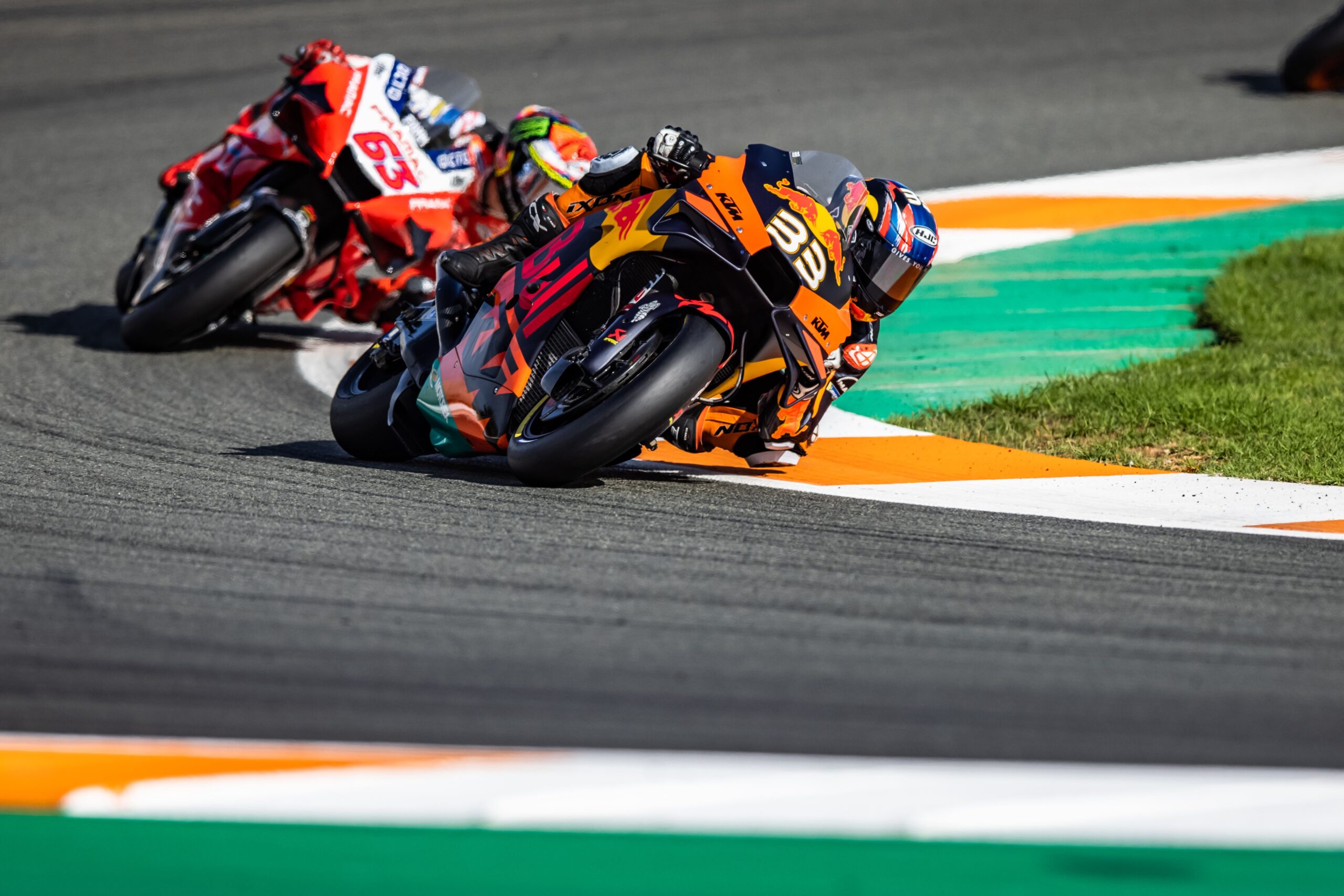 After two days of showers and mixed conditions the first of two races at the flat and curvy circuit in Valencia took place under late autumn sunshine and temperatures that creeped as high as 25 degrees. Red Bull KTM tackled the 27-laps of the thirteenth round of the condensed 2020 MotoGP season with all three of their active riders in strong grid positions. Brad Binder explored the limits of grip and traction with his KTM RC16 to sit a promising 10th.

Brad, who was obliged to take a Long Lap penalty after his part in the second corner crash at the Gran Premio Liqui Moly de Teruel two weeks ago, fought back with impressive pace. The rookie clocked the fastest lap of the race with five circulations to go and pushed all the way to 7th for this third-highest result of the season.

Brad Binder:
“The race started OK but I got a bit boxed-in through the first two-three corners. I didn’t want to take too much of a risk with the full fuel tank and I knew the Long Lap penalty was coming early on. As soon as I did it I dropped down the order and worked to catch back up but then Cal Crutchlow crashed in front of me and I had to run off the track! I lost a few more seconds that lap. The comeback was not bad. I felt good and the bike worked really well today. Even when the tires were used we could keep the same lap-times. It was a shame about the result because we had the pace for much better but I’m really happy and I think we can do a good job next weekend.”