Brad lines up ninth on the #ValenciaGP grid 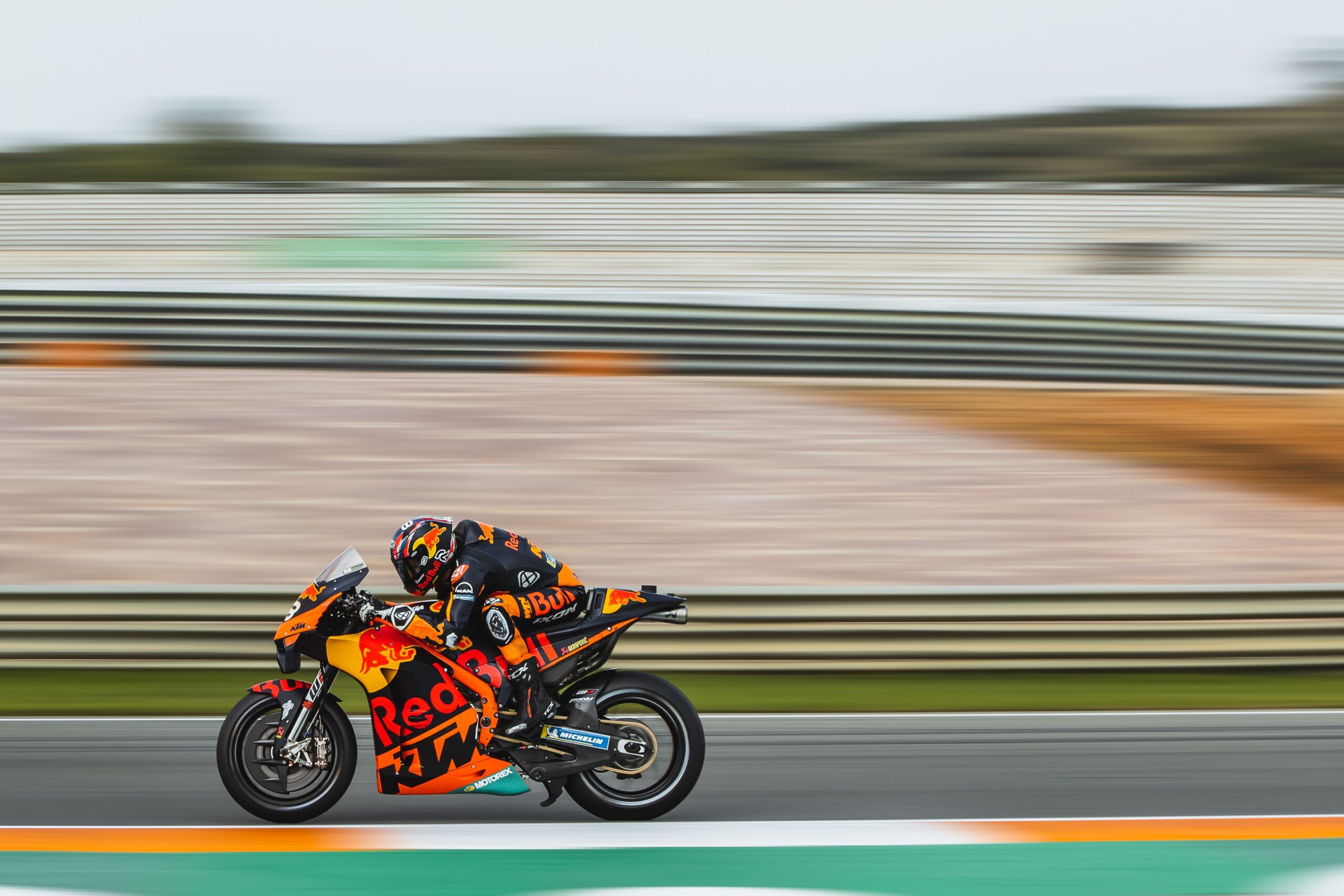 The second Grand Prix to take place at the Ricardo Tormo Circuit this week again presented the MotoGP pack with a difficult and unpredictable challenge. Red Bull KTM negotiated a dry and sunny set of Free Practice sessions on Friday but Saturday morning and the dash for Q2 selection was more complicated with cloudy skies, brief showers and damp and temperate conditions.

Brad Binder was able to mark the fastest time in Q1 – before the latest batch of rainfall – and joined his fellow KTM riders in the push for the first four rows of the grid.

During the lightly damp 12-minute rush both Oliveira and Binder held Pole Position in the early stages and Espargaro was also hovering around the top three. The order flipped rapidly and with numerous changes at the top as the last lap-attacks came into the play. By the time of the checkered flag, Espargaro was just three-tenths of a second from his third Pole of the season. Brad was 9th and only half a second away.

Brad Binder:
“Not a bad day at all. In FP3 this morning I didn’t get a good lap together and that was a bit disappointing but I was quite happy to get a good couple of runs in FP4. We made a step today and my rhythm was strong in qualifying. Due to Q1 I didn’t have any tires left for Q2. I had one new rear but no new fronts. My team made a good step forward with the bike setting. I felt much better and I think we’ll have a good race tomorrow.”