Excellent eighth for Brad in the #DohaGP 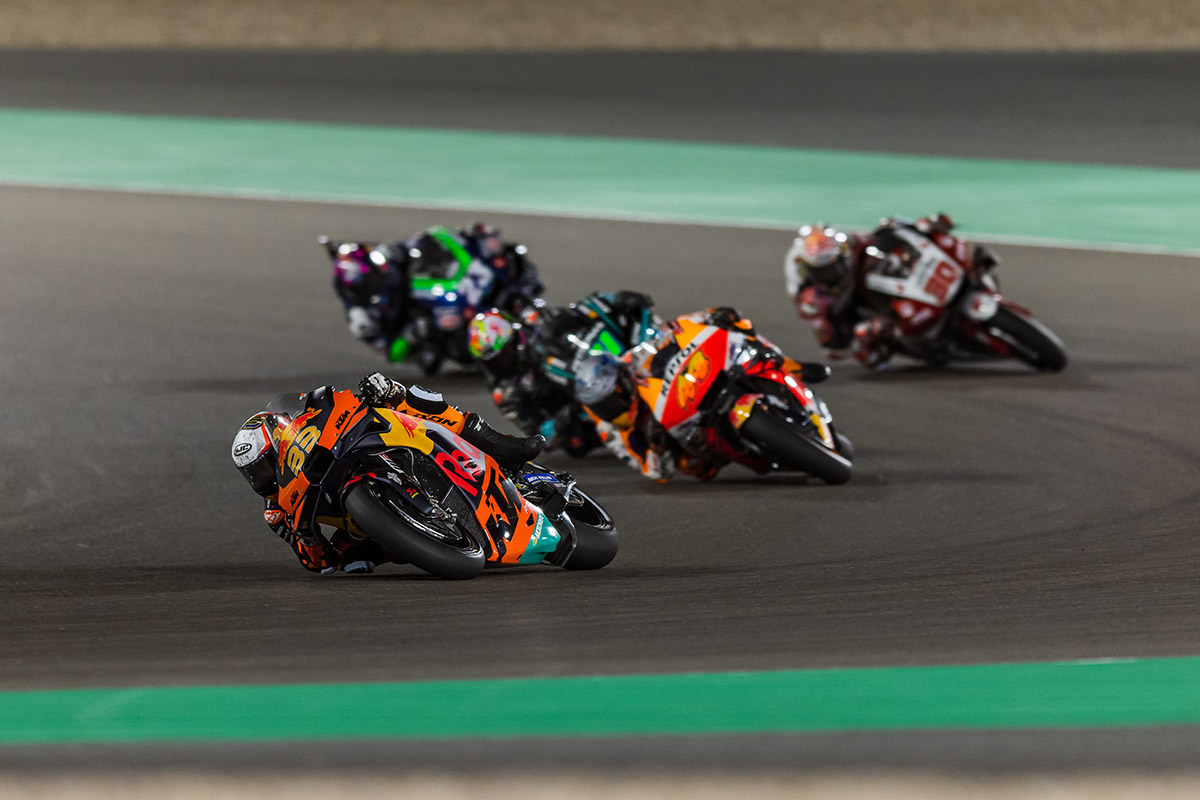 ed Bull KTM Factory Racing’s Brad Binder regained a fantastic ten positions to classify 8th at the Tissot Grand Prix of Doha and the second round of the 2021 MotoGP series. The performance and result rounded-off a challenging term for KTM at the Losail international Circuit in positive fashion.

The wind continued to blow and the dust plumed across the flat and floodit Losail International Circuit as the MotoGP teams returned to speed for the second dose of action in Qatar. Both Red Bull KTM Factory Racing and Tech3 KTM Factory Racing had another chance to improve the set-up of the RC16 for what was the fifth GP – and in only four years – for the factory at the venue.

For the second time in a week a 22-lap distance lay ahead for the riders and the KTM quartet opted for the Medium tire comound, untried in race conditions. Oliveira made a fantastic launch from 12th on the grid and was haunting the top five and then top ten until he encountered a technical problem with his dash display. Meanwhile Binder – who had also sprung away from a lowly 18th to plant himself into the leading group – made ground and two shrewd overtaking moves on the final lap allowed him to capture 8th position; beating the previous best for the factory set in 2019.

MotoGP finally escapes the rigors of Losail and Qatar and will fly back to Europe for a well-earned break. The spectacular challenge of the Algarve International Circuit will restart the series for round three in a fortnight for the Grande Premio 888 de Portugal: Miguel Oliveira’s home race and where he convincingly took the RC16 to victory last November.

Brad Binder:
“Much happier, especially to have finished in the top ten today at least. Things were really difficult for us here in Qatar. When I arrived at the track this morning I said to myself ‘whatever the situation, I don’t care, I am just going to give my best every single lap’ and instead of trying to chase something that was a little bit out of reach I just tried to do what I could each lap and in the race it seemed to pay off. I’m really happy to have made up ten spots today.”