Superb fourth place for Brad at the Sachsenring 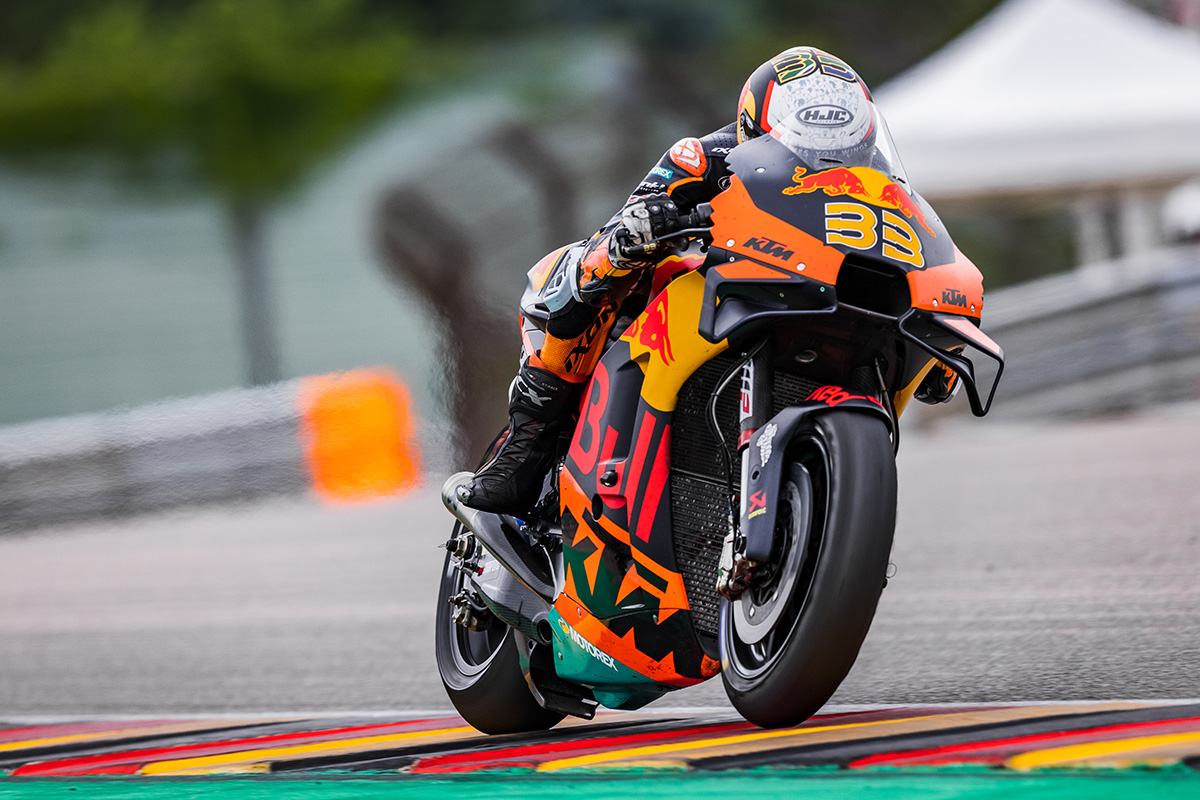 The Liqui Moly Motorrad Grand Prix Deutschland was a memorable eighth round of 2021 MotoGP – and saw Brad Binder achieve his best result of the season so far with fourth place.

Temperatures remained near thirty degrees but the Sachsenring was not boiling in the same sunshine that had cooked Free Practice and Qualification in Saxony. The long, 30 lap race at one of the tightest, twisty and most technical circuits on the calendar got underway with Red Bull KTM Factory Racing’s Miguel Oliveira and Brad Binder making excellent jumps from the second and fourth rows. They slotted into the top seven, and a leading group all marking similar lap-times in the first phase of the Grand Prix showpiece.

Brad had a fantastic race on his maiden visit to the Sachsenring on the KTM RC16. The South African had a busy time dealing with fellow factory riders but made the break in the last three laps. He was unable to close up to the rear of Fabio Quartararo and the final rostrum slot but 4th position represented his third top-five classification of the season and pulls him up to 8th in the championship.

Brad Binder:
“I’m really happy with 4th in the end because we started the Grand Prix by being stone-last in FP1! I slowly worked my way forward through the weekend. It wasn’t easy for me to adapt to this place on the bigger bike. I gave it my absolute ‘all’ out there today. I tried as hard as I could. I wanted the podium – and I could see Fabio – but ran out of time to get close enough. In general, I’m happy with the job we did and the team worked fantastically because when I was struggling they continued to make the bike better and better and that brought my level up. We made a big step. Thanks guys, let’s see what we can do in Assen.”