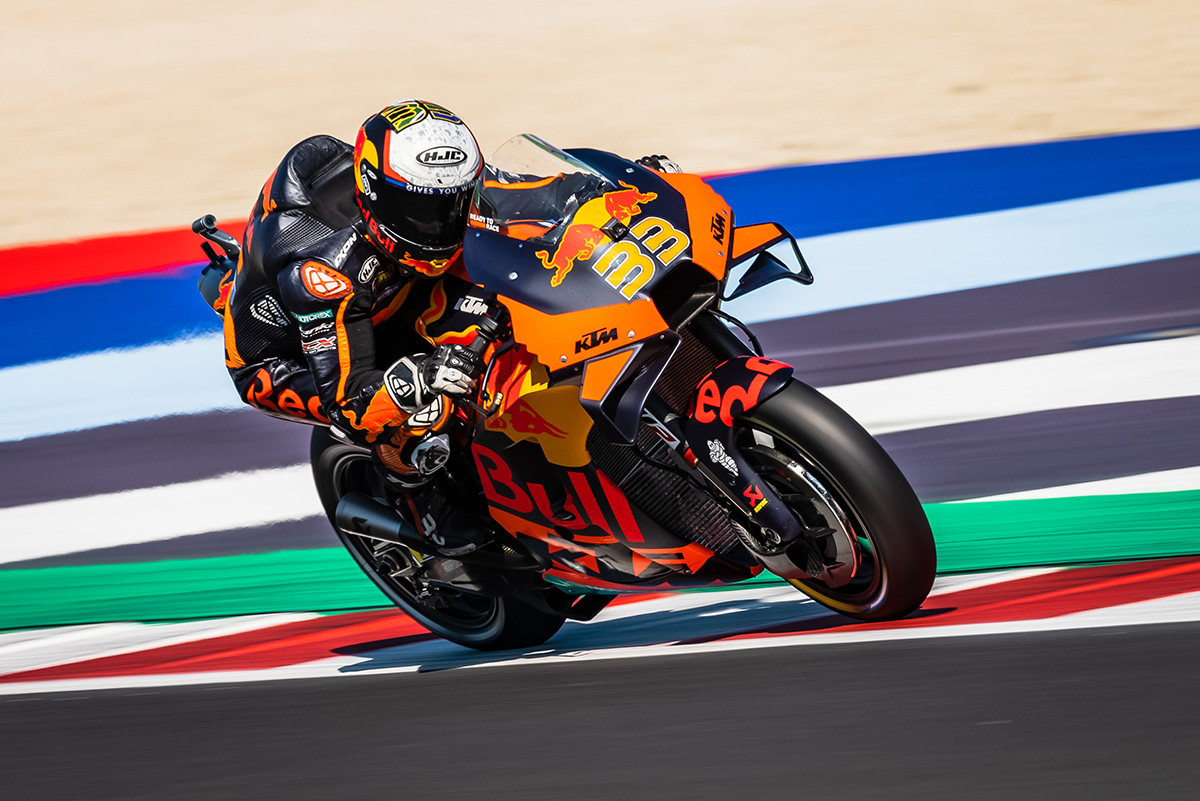 MotoGP dropped into San Marino for the first of two non-consecutive events around the flat and winding Misano World Circuit Marco Simoncelli. Both days of practice and qualification were marked by changeable conditions on the Adriatic coastline as sunshine and warm temperatures were mixed with cloud cover and heavy showers. Free Practice 2 on Friday afternoon, in particular, was a washout.

Saturday’s crucial FP3 was held under blue skies and the KTM contingent sought the best mix of traction and acceleration with their tire allocation. The lap-times in FP3 saw the top sixteen riders split by less than a second. By the time of the Q1 and Q2 runs, it was Brad who came closest to escaping Q1 and the Styrian GP winner was less than half a second from making the cut, despite a small tumble in the final minutes of the session. In the end he classified 7th, meaning 17th on the grid.

Brad Binder:
“It was a difficult day for us. We tried hard but couldn’t quite find the setting to be comfortable and to improve my feeling on the bike. I think we could have done better in qualifying but – unfortunately – I got a big rear-kick going into Turn 1 and I washed the front tire. We’re struggling a bit with one-lap pace, more than we’d like, but the race is tomorrow and we’ll try as hard to see what we can do.”