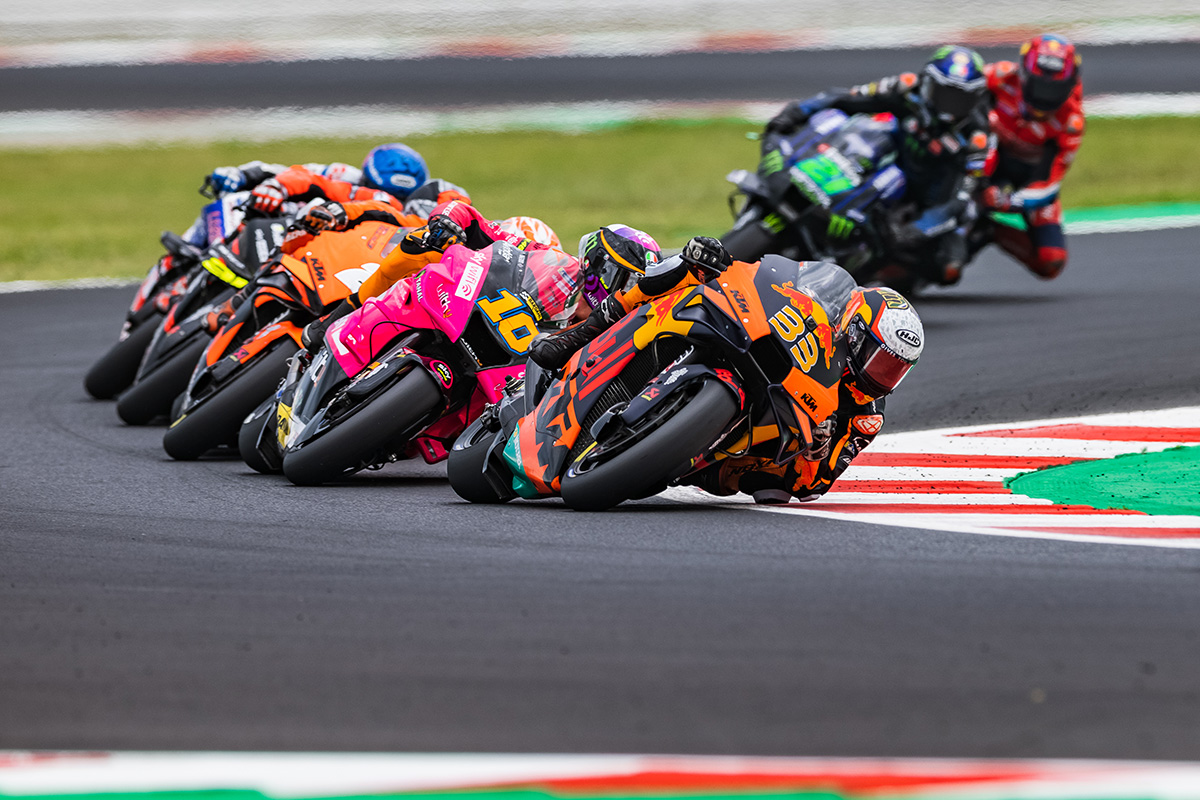 The first of two visits to San Marino in the final five rounds of 2021 MotoGP was a tricky proposition for teams and riders with sunny and warm conditions mixed with the threat of stormy showers. Free Practice 2 on Friday afternoon was already a wash-out and looming clouds by the time of the 27-lap MotoGP race on Sunday afternoon caused concern that there would be another radical change in the climate.

In the end the event remained dry and the KTM MotoGP contingent started from the sixth, seventh and eighth rows of the grid with Brad the further forward in 17th place. The South African immediately started to push up the order and hovered on the edge of the top ten. As other riders made mistakes and faltered Brad arrived to 10th and then sought to attack Takaaki Nakagami for 9th and made his move with five laps to go.

MotoGP maintains a busy schedule. The penultimate test session of the year will take place at Misano on Tuesday and Wednesday and then the teams will travel outside of Europe for only the second time in 2021 to make the journey to North America. COTA in Austin, Texas will be the scene of round fifteen and the Red Bull Grand Prix of the Americas on October 3rd.

Brad Binder:
“I gave my max today from lap one until the end. I feel we made an improvement from yesterday to today and that was clear from the morning and warm-up. We finished 9th when I struggled to break through the top 17 all weekend, so hats off to the boys, they are working hard. We need to keep grafting. We have the test coming up so we need some more understanding and then we’ll be back to where we need to be.”