“Day to forget” for Brad despite top eleven finish 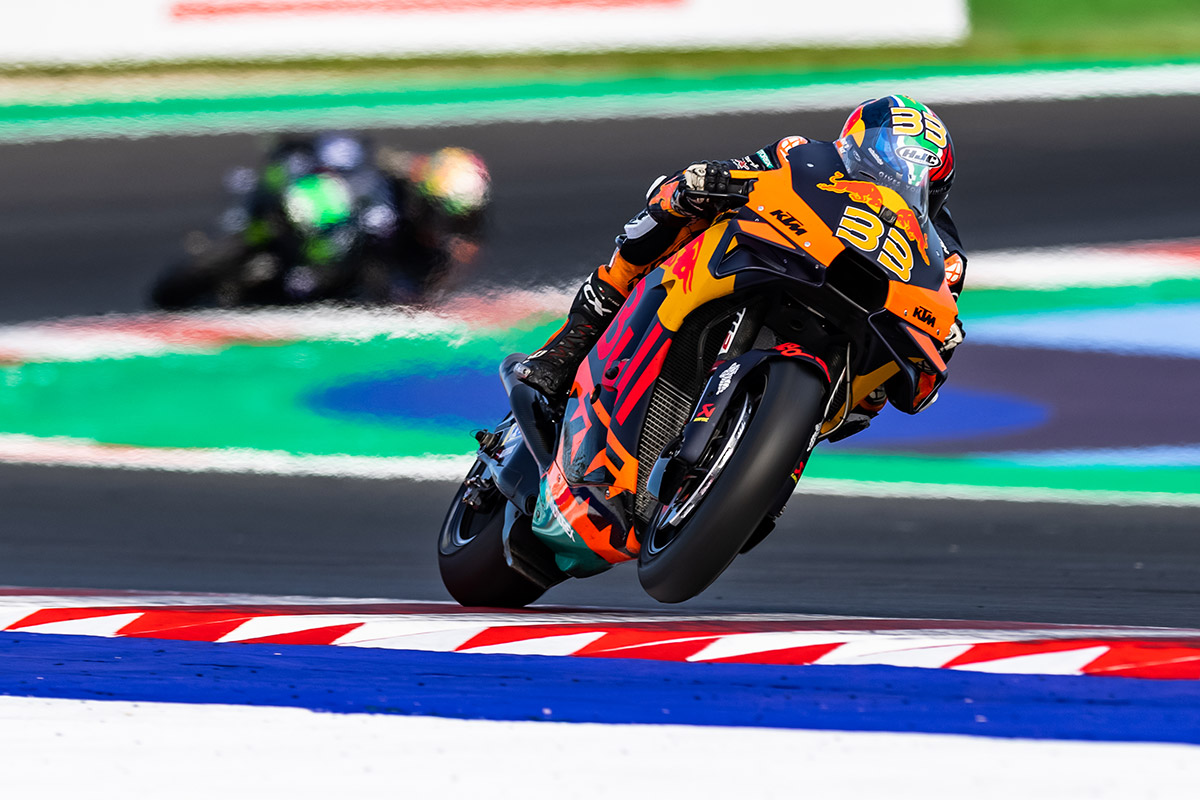 Brad Binder made the most of long overdue sunny conditions at Gran Premio Nolan del Made in Italy e dell’Emilia-Romagna to take his Red Bull KTM Factory Racing RC16 to 11th position at the Misano World Circuit Marco Simoncelli and the second outing at the circuit this season.

Brad had to use his second bike to set off from 20th after a tumble on the Sighting Lap. The South African pushed through the pack, reached 15th and continued to search the limit with his set-up, even sustaining a Long Lap penalty for touching track limits. Only a late surge from Valentino Rossi prevented Binder from taking 10th.

Portugal and Spain are the final two countries in the 2021 MotoGP series. A second spin around the Algarve International Circuit in Portimao will occur in a fortnight and the season will close a week later at the Ricardo Tormo racetrack in Valencia.

Brad Binder:
“All in all, I’d say today is a day to forget. I felt quite good for the race and chose the harder tire option. I wanted to feel what it was like on the Sighting Lap but I didn’t have my brakes warm enough going down the back straight and I locked up the front wheel. Not clever. That’s the first time I’ve ever crashed on the Sighting Lap: not good at all. I tried hard in the race and I felt like I was coming along but I wouldn’t describe it as solid. I’d like to know where I touched the green limits for the Long Lap. I’m really sorry to the team and all the guys for the confusing weekend. I’m glad Misano is over and we’ll do better in Portimao.”