Second best qualifying of the season for Brad in Valencia 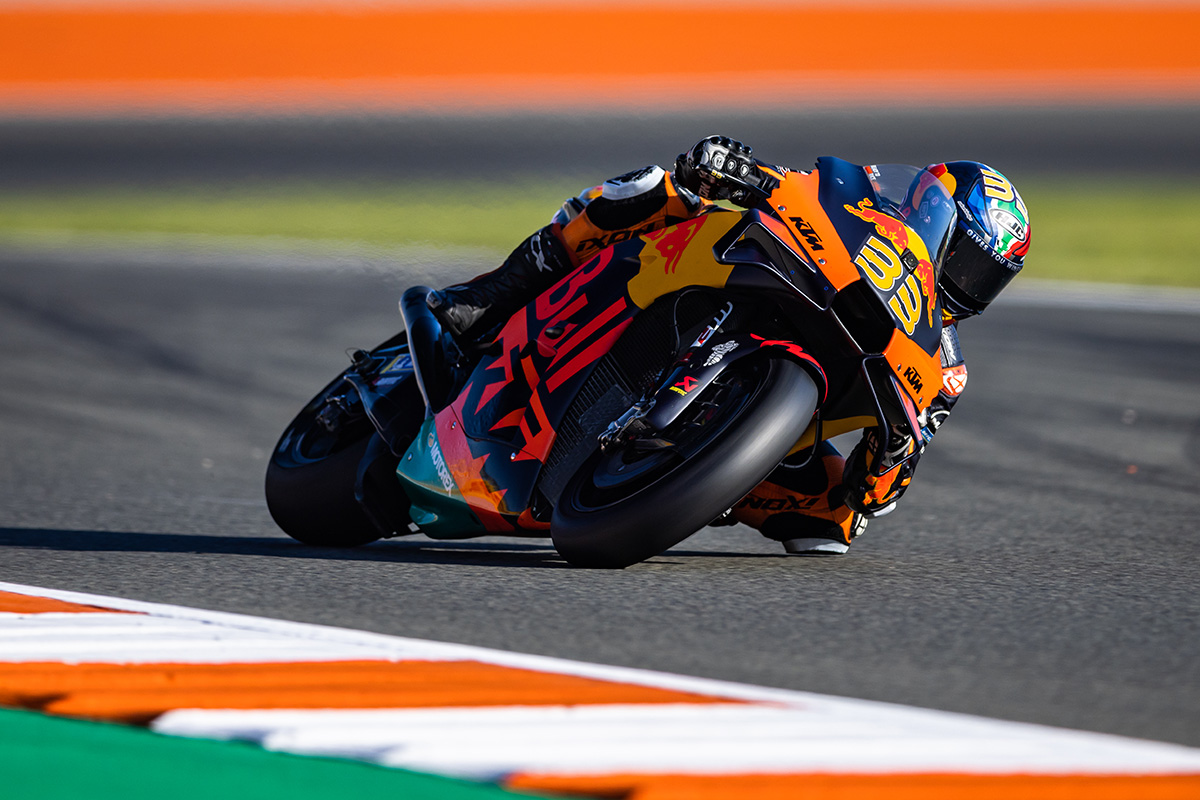 Brad Binder will roll onto the third row of the grid for the last Grand Prix of the 2021 MotoGP season at the Circuito Ricardo Tormo in Valencia, Spain. The Red Bull KTM Factory Team rider set the 7th fastest lap in Q2 for his best Saturday performance since the Italian Grand Prix.

After a wet start on Friday, the Gran Premio Motul de la Comunitat Valenciana developed into a mild, dry and sunny event for the final run of practice and qualification in the current MotoGP season. Brad was the closest of the KTM quartet to almost make it through to Q2 and the South African held 11th in FP3 until his lap was then removed due to yellow flags being waved in sector 1.

Q1 began with Red Bull KTM Factory Racing and Tech3 KTM Factory Racing hunting one of the top two slots. Brad again was the more proactive and clocked two laps to consolidate 2nd place and earn his entry to the next phase of qualification.

In Q2 Brad registered seven laps and his fifth effort was the standout, just half a second away from Jorge Martin’s Pole Position chrono. With 7th place he was able to stamp his second-highest grid spot of the season, after having set 6th in Mugello and round six of 2021.

Brad Binder:
“In general I’m happy with the way qualification went today. I’d say we made a positive step. I was happy to get through Q1 and I only had one set of tires and managed just one flying lap, which was a bit of a shame but we went OK. The guys did well to give me something that worked for Q2 and the feeling is a bit better. I believe I can do a good job tomorrow but it won’t be as simple as it looks because we’ll have to manage the rear tire well.”