Brad takes a strong sixth in the #ArgentinaGP 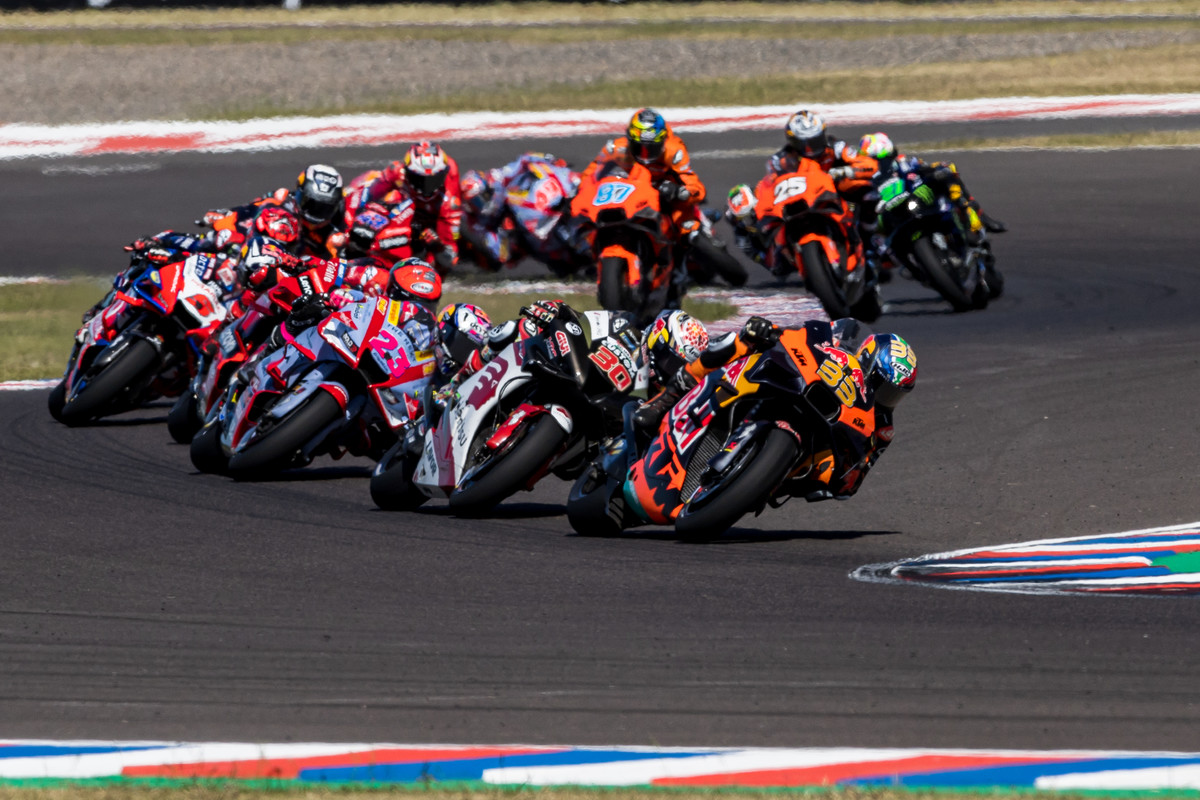 The Red Bull KTM Factory Racing and Tech3 KTM Factory Racing teams barely had time to catch their breath for the 25-lap Gran Premio Michelin de la República Argentina. Logistical difficulties for the organizers meant Free Practice and Qualification had to be crammed into a single day of activity on Saturday and saw all four KTM RC16s spread through the rows of the grid. MotoGP’s absence from Argentina for the last two years meant that three of KTM’s four riders were circulating Termas on the RC16 for the first time.

Rushed but still Ready to Race, it was Brad who made the most ground at the start and roamed inside the top ten and in a group with Maverick Viñales and Francesco Bagnaia. By the end of the distance Brad was able to attack and relegate Viñales for 6th, meaning his results read 2nd, 8th and 6th.

Brad Binder:
“It was a weekend where I expected more but we have to keep in mind that we started in 11th position and managed 6th, so it was a decent comeback. I wanted more and I expected more but I didn’t have the pace today. Hats-off to the team because it was not an easy GP and we all did a great job considering we only had Saturday to prepare. We have some good points in the bag and brought the bike home again. There is an opportunity now to apply what I learned from this race and go even better at COTA.”