Brad lines up twelfth on the Portimao grid for the #PortugueseGP 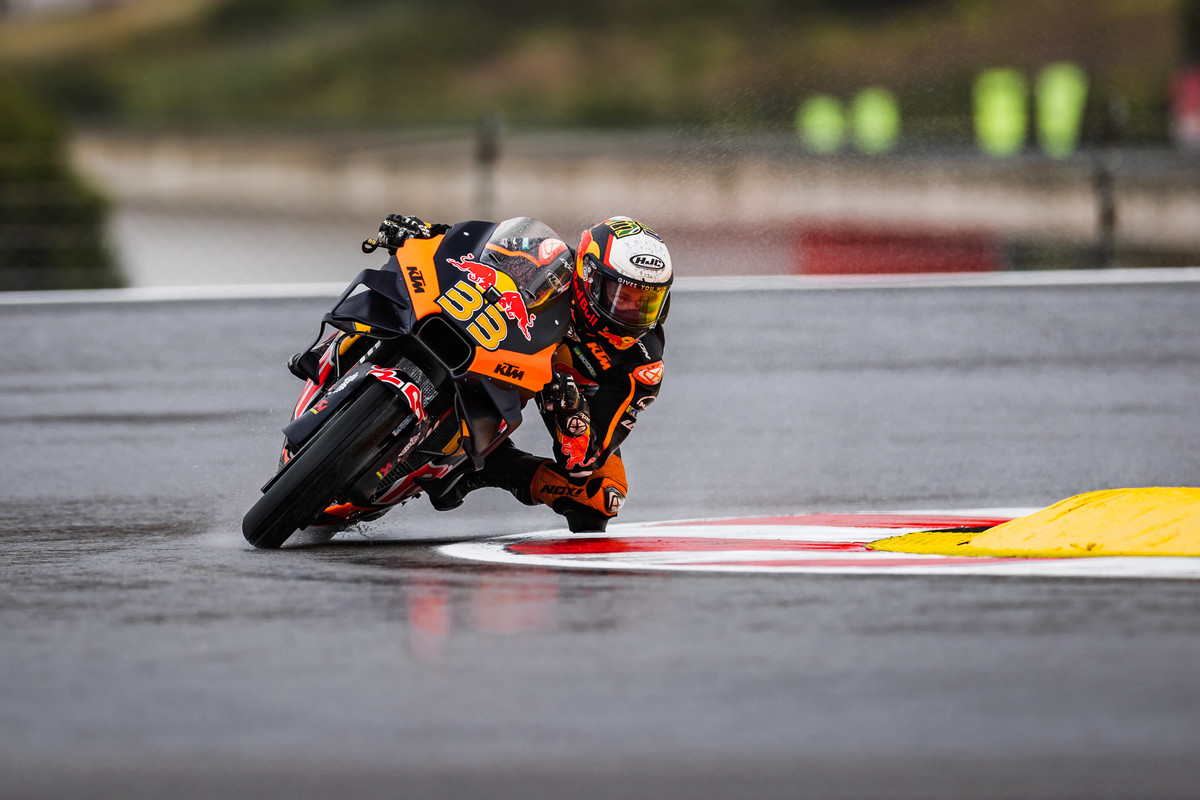 The KTM RC16 will fill two slots on the fourth row of the starting grid for the Grande Premio Tissot de Portugal tomorrow at the Algarve International Circuit, with Brad Binder lining up 12th.

Breezy but sunny conditions finally arrived at the Algarve International Circuit on Saturday for the fourth Grand Prix to be held by the venue since 2020. Free Practice had been clouded by overcast skies and heavy rain but the last minutes of qualification were dry and bright. The sweeping track is not only hosting the first European event of the 2022 MotoGP season but also the first of a double on the Iberian Peninsula double this week with the Gran Premio Red Bull de España at Jerez following hard upon.

Brad had a small crash in the treacherous climate during the morning period. The South African adapted to the changing state of the surface but was punished by a mistake on his flying attempt and then denied on his last run by a yellow flag.

Brad Binder:
“Today wasn’t so bad. FP3 was good and it was nice to go straight through to Q2. It was clear that it was going to dry up after FP4. It was crazy to watch Q1 with all the crashes and the guys on slicks not making it around the first time! I was a little bit nervous going out for Q2 on slicks straightaway but it was definitely a good decision even if it was a terrible session for me. I made two mistakes on two laps before the end and my last lap was yellow-flagged. It did not work out too well for me. So 12th for tomorrow and it could have been better but hopefully we’ll make a strong start and try to fight with the boys.”