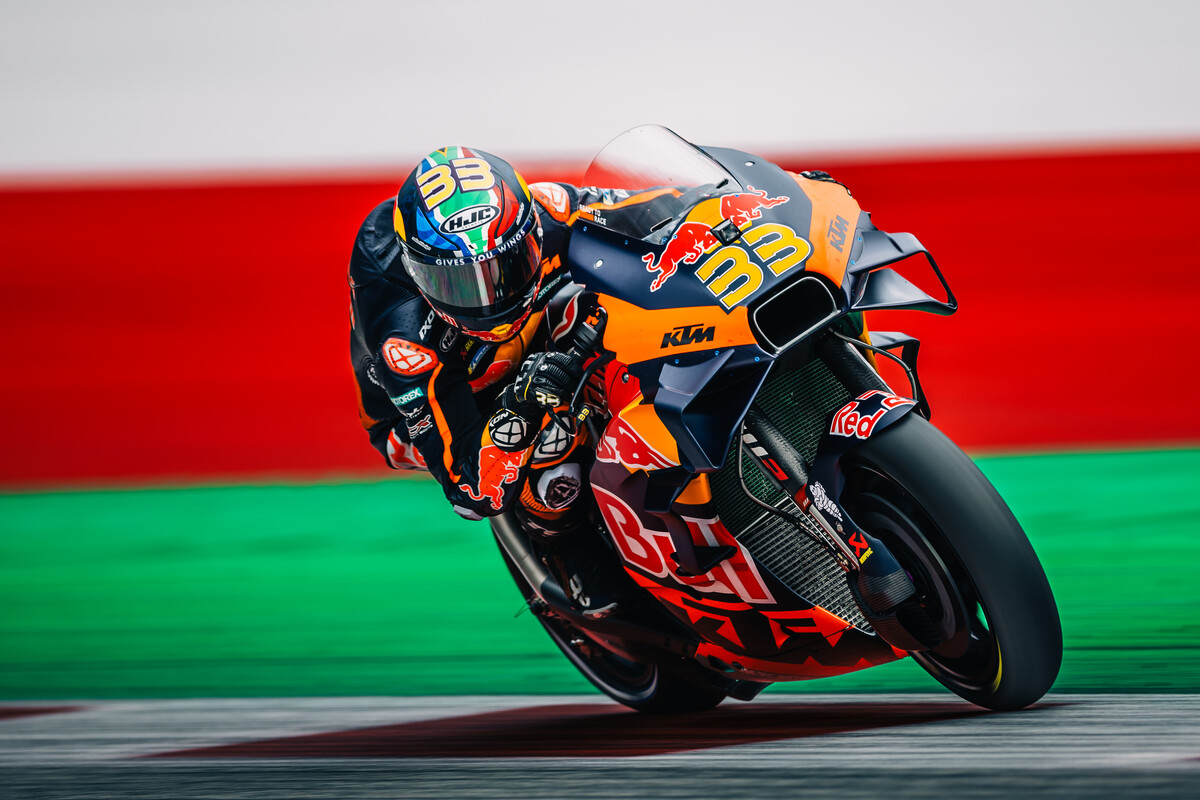 The threat of summer rain hovered over the Red Bull Ring with stormy conditions creating uncertainty in the Spielberg area for practice and qualification of the thirteenth round of the MotoGP season. Luckily the key sessions in preparation for the popular Austrian date on the calendar remained dry as KTM’s race teams in the respective classes pushed for the highest grid positions and also adapted to the new layout with the Turn 2a and 2b chicane curves reducing the overall top speed of the course.

KTM’s MotoGP wing arrived on home turf with two victories and three podium finishes in the previous seven editions of the Grand Prix and since the world championship travelled back to the site in 2016. After sailing directly through to Q2, it was Brad who vied for real estate at the front of the grid, cheered on by a decent sized crowd in the KTM fan zone and grandstand. The South African logged eight laps in Q2 and set his fastest in the final attempt. It was good enough for 12th and 0.7 of a second from Pole.

Brad Binder:
“I did my best and gave everything I could and it ended up with a 12th today but the conditions were a bit more tricky this afternoon. It was harder to do a lap-time in qualifying than it was in FP3 this morning. In general, I think our pace is good so let’s see. I’m excited and I know we can do a lot better than our position today.”